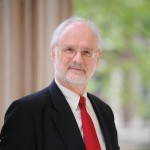 Prior to his time with the CCSI, he served as the Director of the United Nations Conference on Trade and Development's (UNCTAD’s) Investment Division, the focal point in the UN system for matters related to FDI, as well as a major interface with the private sector. While at the UN, he created the prestigious annual World Investment Report, of which he was the lead author until 2004. In 1992, he founded the journal Transnational Corporations, serving as its editor until 2005. He provided intellectual leadership and guidance to a series of 25 monographs on key issues related to international investment agreements, which were published in 2004/05 in three volumes. Together with Prof. John H. Dunning, he edited a 20-volume Library on Transnational Corporations (published by Routledge). His name is associated with a great number of United Nations publications on FDI over his three decades of service in the UN. He holds a Bachelor's equivalent from the Freie Universitaet Berlin (Germany), a Master's degree from the University of Pennsylvania, Philadelphia, and received his Ph.D. degree in 1975 from the University of Pennsylvania.