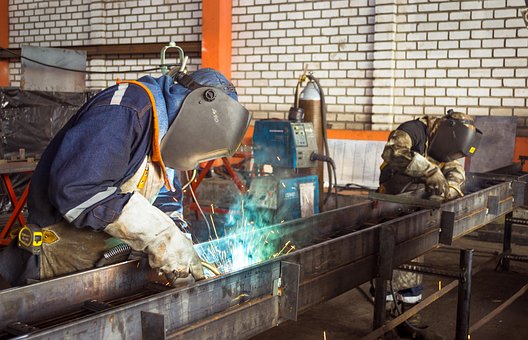 Two-thirds of the world’s population, 5.1 billion people, lack meaningful access to justice. According to a recent report, the burden of global injustice perpetuates and reflects existing inter- and intra-national inequalities, falling most heavily on those who can least afford to bear this burden. While the cost of injustice has 5.1 billion individual faces – people who are not able to, for example, adequately address personal or professional disputes, access public services, or exit situations of extreme injustice such as modern slavery – it also includes aggregated costs of reduced GDP and increased global conflict. Access to justice for all is a critical component of global sustainable development, and is embodied in SDG 16 and its sub-indicators.

In many cases, injustices may be caused or perpetuated by business activity. In 2011, the Guiding Principles on Business and Human Rights (the “UNGPs”) were endorsed by the UN Human Rights Council to articulate the international responsibility of business enterprises to respect human rights, building on states’ existing obligations under international law to respect, protect, and fulfil human rights and fundamental freedoms. Appropriate and effective remedies must be provided and accessible when human rights abuses have occurred; these may include judicial and non-judicial remedy mechanisms.

Yet, injustice persists. It is glaringly clear that many existing dispute settlement mechanisms, individually or in combination, are inadequate, in design or application, for advancing effective remedies, particularly in the context of transnational disputes related to business activity. This is deeply troubling. In response, The Business and Human Rights Arbitration Working Group, a group of respected practicing lawyers and academics, is advancing The Hague Rules on Business and Human Rights Arbitration (the “BHR Arbitration Rules”) to help address the remedy gap. With the perspective that “international arbitration holds great promise as a method to be used to resolve human rights disputes involving business,” the Drafting Team has released Draft BHR Arbitration Rules for consultation; final rules are expected by the end of the calendar year.

At the Columbia Center on Sustainable Investment (CCSI), we are deeply supportive of efforts to increase rights holders’ avenues for remedy when they have been harmed by businesses. We recognize the need for more mechanisms to open up access to justice. We admire creative solutions to tough problems.

In this vein, CCSI submitted comments to the Drafting Team on its earlier Elements Paper, commenting on issues ranging from the role for international human rights law within BHR arbitration to the principles that should govern allocation of costs, and also asking whether this is the right strategy for improving accountability. This overarching question was not because we thought BHR Arbitration would provide “inauthentic” access to justice. Rather, it was based on observed realities regarding both how arbitration has operated in other contexts and how companies have sought generally to avoid liability for human rights harms, as well as the steps companies would have to take to facilitate arbitration and the enforcement of judgments against them. We thus suggested, among other things, that any pressure for corporations to submit to BHR Arbitration also be used to pressure corporations to stop undermining access to justice in domestic courts.

Now that the draft Rules are publicly available, we are even more concerned that they will ultimately not have the intended effect of providing an effective remedy for human rights claimants. This would be a missed opportunity. There are multiple substantive points that give us pause: for example, there are no anti-retaliation protections, a suggested loser-pays fee-shifting arrangement ignores the reality of most human rights claimants, vague guidance on early dismissal of claims lacking legal or factual merit that could further tilt the process against rights-holder claimants, a proposal that interested third parties may need to bear the costs of their participation may effectively skew such participation away from all but corporate third parties, and the suggestions on interim measures could place unfathomable responsibility on human rights victims. We have detailed these and further observations, along with accompanying suggestions, in a short briefing note available here. Underlying many of these concerns is that the Rules have been designed for two completely distinct situations: business-to-business arbitration, and dispute settlement between a company and rights holders. While the latter is what holds promise for a corporate accountability breakthrough, the former seems to be the main expectation of some of the drafters. This two-pronged approach creates serious risks that the Rules appropriate for one scenario may not be the right ones for the other.

We note that, with respect to the Elements Paper, the Drafting Team published a “Summary Paper on Sounding Board Consultation Round” based on a review of comments received. We found that many of our comments that we considered critical and on point were not mentioned in relevant sections of the Summary Paper, and in at least one case appear to have been drastically misrepresented. While comments, as well as the names of those who submitted comments, were not made public, it appears that, for the most part, comments did not come from potential beneficiaries and human rights claimants. This adds to our concerns that the Rules will ultimately not be fully tailored to the needs of rights holders. Coupled with a lack of rights holder representation on the Drafting Team, this absence also flies in the face of the UN Working Group on Business and Human Rights’ assertion that rights holders “should be consulted  meaningfully  in  creating, designing,  reforming  and  operating  [remedy]  mechanisms.” We thus urge that, before the Rules are finalized, every single one is reviewed carefully by a specific group that is representative of rights-holders and potential claimants. Such a group must include representatives of communities that have suffered adverse business impacts in the past, and that have attempted to seek remedy, and should include workers and indigenous peoples. Each Rule should be audited by this group to ensure that the rights-holder perspective, and the business v. rights-holder scenario, are duly accounted for. While we recognize that this may delay the timeline for finalizing the rules, such a step could be critical for ensuring that the final product is indeed one that works for the intended beneficiaries and users: human rights holders.

Lisa Sachs is the Director of the Columbia Center on Sustainable Investment (CCSI). Lise Johnson is Head of Investment Law and Policy at CCSI. Kaitlin Cordes is Head of Land and Agriculture and leads CCSI’s work on Human Rights and Investment. Jesse Coleman and Brooke Guven are Legal Researchers at CCSI.